Be careful about applying what you’ve learned in one environment to a new and different one. As a teen, I was an avid electronics enthusiast, having put together multiple electronic kits, including Heath kit ham radios and stereo systems. I thought I understood standard wiring colors. Black wire always went to ground, just like with automobile jumper cables. 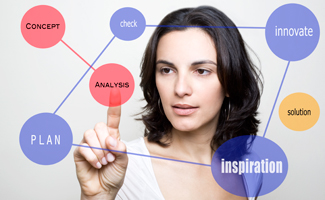 Green wire was always a “hot” lead. But in electrical wiring, with which I had no experience, green is the ground and black is the hot wire. Connect the black wire to the green wire and you create a short – i.e. an attempt to carry infinite current. Facility wiring is protected by a fuse that will blow when you attempt to draw that much current – much better than having the wires behind walls melt and burst into flame.

The first piece of test equipment I built at GE was a simple electric switch box. There are three wires that connect to the main – black, white, and green. I wired white and green with black attached to ground, just like the last Heath kit I built. When I flipped the switch, the 200-amp fuses in the ceiling blew and the entire factory shut down. The operators stood silent as a dozen production lines stopped. Lightbulbs stalled on the line actually melted.

Just because I understood the electronic – and automotive – environment’s color codes didn’t mean I understood the new-for-me electrical environment. The lesson I learned was to never assume. From that day forward, in any new environment, I would always ask someone experienced to verify my early work and assumptions.

Don’t fire someone because they make a mistake. Jack Welsh, legendary head of GE, made a mistake that blew up the GE lab where he had his first job. He assumed that would be the end of his career, but it wasn’t. You have to expect that you and others will make mistakes. As long as you learn from them, occasional failures are expected. I was not fired from my position at GE; in fact, they paid for my trip to tour their Lighting & Electrical Institute in Cleveland, Ohio. Today, I will not hire someone who’s never made a mistake.

Look at the entire life cycle to understand actual costs. At the Institute, I learned about the concept of “group re-lamping.” When a lightbulb burns out in a commercial facility, the labor required to replace the lightbulb is more expensive than the cost of the new bulb. Given that lightbulbs are manufactured to have the same “life expectancy,” it makes economic sense to amortize labor costs by replacing all the lightbulbs once the first one burns out. GE taught me to consider total cost. When I have to buy a printer, for example, I consider the total cost of ownership, including operating costs, when making my decision. The least expensive decision today is seldom the long-term lowest-cost and highest-value decision. Account for human nature in your systems. GE guaranteed lightbulbs for a predictable lifespan. Unfortunately, a small number of bulbs would fail shortly after being installed. It was expensive in cost and reputation to handle dissatisfied customers who experienced the premature burnouts. The Lighting & Electrical Institute developed a testing device that would stress-test each lightbulb just before the final packaging stage. Bulbs that failed the test would be blown off the production line and then carted out to the dumpster. This should have eliminated premature burnouts, but there were still people complaining.

It turned out that there wasn’t a problem with the test procedure. The problem turned out to be dumpster divers. A local “entrepreneur” found the lightbulbs in the dumpster and sold the ones that appeared to work just fine when he tested them in a lamp. When they failed prematurely, as every one of them did, the buyers didn’t go back to the street vendor who sold them the lightbulbs -- they went back to the company whose logo was on the bulb. GE updated its disposal process to crush the rejected bulbs before dumping them and the premature burnout problem was solved for good. I learned to watch for the human element in every new system. I’ve found that it’s not uncommon for the users of a system to use it very differently than I assumed they would.

Allocate half your routine maintenance to getting everything running again. Once a year, during the two-week plant shutdown, all the testing equipment was refurbished and/or upgraded. The actual refurbishment took a week. We then spent the next week fixing everything that stopped working in order to get the plant operational again. I’ve experienced this phenomena when upgrading to a new version of Windows, replacing a printer, and even steam-cleaning my car’s engine. Whenever you upset the status quo, expect a period where things that used to work stop working. Anticipate and plan for it.

Don’t allow yourself to be trapped by over-compensation. Finally, I drew a life lesson on the importance of maintaining your personal freedom by not locking yourself into a lifestyle that you can’t sustain in another job. The electrical engineer I worked for had been at the GE plant for five years. At first blush, I thought he had five years of marketable experience. In fact, he had one year of experience, five years in a row. He had been excited to get the job five years ago because his salary was much greater than in any other position available to a new electrical engineering graduate.

Five years later, he was bored out of his mind but no one was willing to match his current salary given his limited actual experience. He and his wife were locked in a lifestyle that required an income that he couldn’t replicate in any other job. In effect, he was trapped in a dead-end job because he had chosen a position with a high initial salary rather than a position with growth potential. Be careful to keep your compensation – or lifestyle – consistent with your market value. The company may consider them golden, but they are handcuffs any way you look at them. The Future of Corporate Governance

Bruce Tulgan on his book, The Art of Being Indispensable at Work